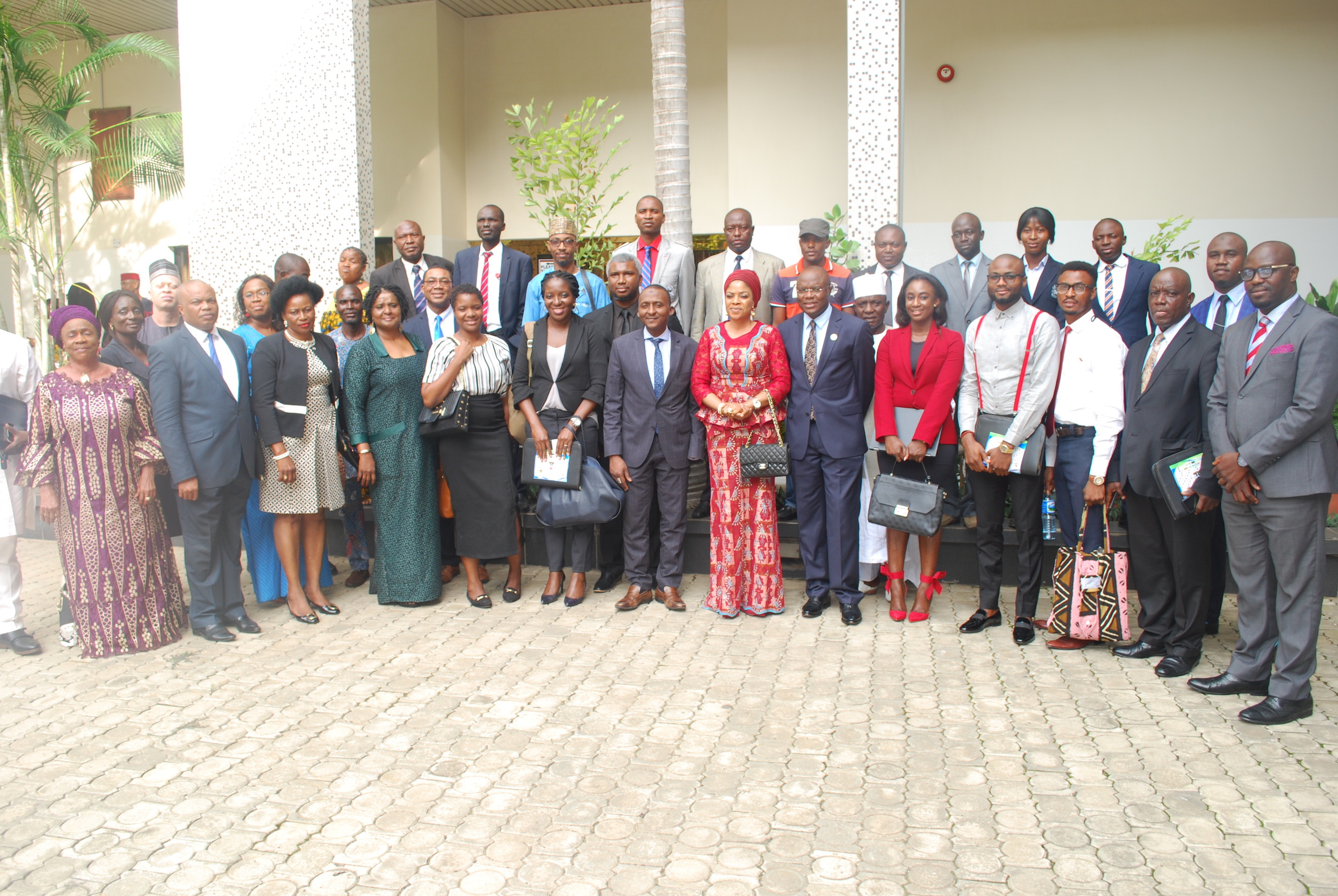 Corruption is the greatest problem militating against the development and progress of African continent.
The African States in the pursuant of corruption-free continent has appointed President Muhammadu Buhari the champion of anti-corruption practices in Africa.
The National Coordinator/Chief Executive Officer, (NC/CEO) NEPAD Nigeria, Princess Gloria Akobundu, stated this at the high level consultative meeting of the Africa Peer Review Mechanism (APRM) continental, on corruption held today in Abuja.
The National Coordinator, said that African Peer Review Mechanism/New Partnership for Africa’s Development, (APRM/NEPAD) Nigeria is ready to carry out the presidential mission so as to implement the ideas and programmes of the African leaders in order to achieve corruption-free continent.
Akobundu further explained that with the collaboration of the anti-corruption agencies in Nigeria and African Union (AU), African Governance Architecture (AGA), Presidential committee on anti-corruption and the APRM/NEPAD Nigeria that Africa will achieve her desired developmental goal.
She pointed out that the high level consultative meeting is to bring together the fifty-four (54) countries representing the member states, to brain storm on the way forward in tackling corruption in Africa.
The NC/CEO, reiterated the need for peace and security in order to ensure a sustainable socio-economic and political development in Africa and enjoined everybody to participate in achieving the goal.
The Acting Chairman, Economic and Financial Crimes Commission (EFCC), Ibrahim Magu, in his key note address, stated that tackling corruption remains the surest path to sustainable development in Africa because corruption has been identified as the major reason for the continent’s underdevelopment.
Ibrahim Magu, who declared the high consultative meeting open, stated that most of the problems confronting Africa are directly or indirectly linked to corruption.
Acting Chairman EFCC, stressed that the meeting serves as an avenue for stock taking on the progress being made by Africa on the various anti-corruption fronts. He therefore, urged African Countries to close ranks to defeat this monster mitigating against good governance in the continent.
The EFCC Boss, believes that there is need for more peer review among African Countries to be able to leverage on the experiences of others.
A Member of the Africa Peer Review (APR) Panel of Eminent Persons, Prof. Al-Amin Abumanga, earlier in his speech said that Nigeria has contributed immensely at the APRM continental programmes by creating mechanism and policies to fight corruption in Nigeria.
Prof. Al-Amin noted that APRM is constantly advancing the quest for good governance at all levels through multi-stakeholders dialogue and participation for the civil societies, private sectors, agriculturalists, traditionalists, women, persons with disabilities, internally displaced persons, youths and vulnerable groups.
Al-Almin said that AU theme of the year is ‘winning the fight against corruption through sensitization and sustainable transformation’ which aims at winning the fight against corruption in the continent.
In his remarks, the Executive Secretary, Presidential Advisory Committee Against Corruption (Nigeria), Prof. Bolaji Owasanoye, stated that corruption is a major part of the modern day chain holding Africa bound to the past and to poverty, underdevelopment, conflict, terrorism, among other ills.
Owasanoye, said that this consultative forum is timely as 2018 marks a turning point as Africa decided to discuss and confront corruption with emergence of visionary leaders ready to curb corruption in their various countries.
The consultative forum has in attendance, the Presidential Advisory Committee Against Corruption (PACAC), comprising NEPAD/APRM, AU Advisory Board on Corruption (AU ABC), AU Departmental of Political Affairs (AU DPA), the Ministry of Foreign Affairs, Economic and Financial Crimes Commission (EFCC), Independent Corrupt Practices and other Related Offences Commission (ICPC), Security Agencies, Civil Society Organizations (CSOs) and other stakeholders.